I was really excited when dear Rahale reached me from my Instagram account and said she would marry in Stockholm, Sweden and wanted to work with me. Stockholm was one of the cities that I was curious about and wanted to see. Gokhan was also going to make videos and we decided to stay a few days together to see the city. It would be a very multinational wedding. Alex and his family are of Cuban origin, and Rahale is of Iranian origin. We would see the traces of both countries on the wedding day. Iranian wedding table and mojito drinks came together.

You can read the whole story at the bottom of the page… Stockholm Svartsjo Slott Wedding Photos.

With a population of 1.3 million, Stockholm is the largest city and capital of Sweden. A center that has been guiding the region’s economy, culture and politics since the 13th century. There are many places to visit in the city, but we spent almost all our time in Gamla Stan, a small island in the center. This is the old city center with houses made with Swedish architecture. The Royal Palace, Stockholm Cathedral, the Parliament Building, the Nobel Museum and the famous Stortorget Square are important places on the island. It is also very pleasant to get lost in the cobblestone narrow streets, to shop here, to sit in cafes. If you do not want to walk too much, it is possible to discover the city with an electric scooter, as many visitors do.

Firstly, we went to the couple’s magnificent houses for preparations of the wedding day. This is a house with a very large garden. Rahale and Alex love to work in the garden, they have created the design of the whole landscape themselves and they are still working on it. The first meeting and first photo shoots after the preparation were also in the garden of the house. Then we set off to the place where the wedding will be held.

About the Venue: Svartsjo Slott

Svartsjo Slott in other words Svartsjo Palace was built in the 15th century. When it was first built, it had a completely different stone structure. For years it has been the home of kings, princes or the palace family. Later, the King of Sweden, Frederik 1, built it as a hunting palace in its present state and it was actively used for years. Due to the fact that the region is a granite bed and prisoners are employed in these granite mines, the palace was interestingly converted into a prison in 1891. Mining prisoners remained here until 1910. Subsequently, grand prisoners came and 337 small cells made of steel walls were added and the palace was used as a torture center. You can visit some of these cells and the instruments used here. It’s a really strange situation. The prison was in 1966 not in use anymore, in 2003 after restoration it was opened to the public.

In the palace, the official wedding ceremony was firstly performed and then the traditional wedding ceremony in Persian style was done. The life coach of Rahale, who leaded the ceremony, gave many clues about life in addition to his traditional speeches. Thereafter we walk around the palace accompanied by a drum and flute and a mojito drinks were offered in the front garden. Afterwards we went to the dining hall. An open buffet consisting of wonderful Iranian dishes awaited us. Wedding reception continued until 02:00 at night.

It was a great night for us. Endless thanks to both guests and dear Rahale and Alex for being present at this wonderful day. I wish you endless happiness. 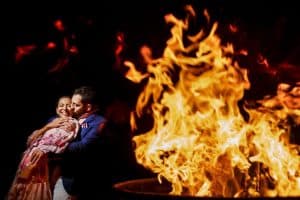 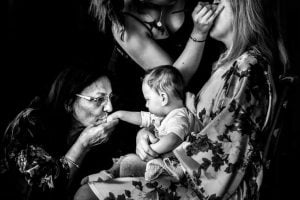