Karen and Kelvin are a couple who reached me from Hong Kong. They requested a short photo shoot tour in Istanbul and Cappadocia. There would have pre wedding shootings at the same time. We made long interviews before the photo shooting and detailed which clothes to wear, where to go, where to eat and where to have fun. Moreover, in this shooting, Davide from Italy would join me again for support. I have worked with Davide three times in Italy, one time in Izmir and one time in Cyprus. We also attended two separate wedding photography workshops together. We met once in Cesme. So I have met Davide Verona more often than my friends living in Turkey 🙂

You can read the whole story at the bottom of the page… Pre Wedding Photo Shoot in Istanbul and Cappadocia.

We met with Karen and Kelvin at the entrance of the Hagia Sophia Museum in the afternoon for Istanbul photo shoot. Hagia Sophia served as Byzantine, Roman Catholic and Greek Orthodox church, from 537 until 1453 when the Ottoman conquest of Istanbul took place. It was used as a mosque until 1932 after the Fatih Sultan Mehmet regime. Since 1935 it became a museum and it is still open for visitors.

It is an architectural masterpiece with its legendary dome that hangs in the air, monolithic giant marble columns, unique mosaics. It continues to exist as the largest sanctuary in the world until the 16th century. Currently, it still has one of the largest and fascinating atmosphere in the world. It also brings out extraordinary lights for photography. Both visiting the museum and photo shooting were a great experience here. Of course, in the consciousness that we are in a sacred place, we carried out the shooting here quietly without disturbing those around us.

Then we went to Karakoy and Galata bridge. I loved Karen’s red overalls, it was shining in the dark funds of Istanbul. The last stop of our photo shoot was the Blue Mosque fund at sunset. Using Magmod flash equipment, we held photo shootings at the sunset with a technique that illuminates the model, not just around here, of course, with the help of Davide. This is one of my favorite Blue Mosque photos.

We went to Cappadocia after the photo shoot with Karen and Kelvin, through Nevsehir Airport. Here we started photo shooting at noon on the first day in Love Valley. Kelvin especially gave us very friendly and laugh poses. Towards 13:00 the sun and scattered clouds appeared. Thanks to this, I had the chance to take one of my favorite black and white photographs. This was a reflection photo of my couple dancing in the middle of 2 giant rocks. We did not neglect to use the drone in the same photo shooting. Then it took place at the sunset on the flagged hill just above Goreme. Again stray dogs accompanied us as usual.

We were lucky on the morning of our second day in Cappadocia. We saw the hot air balloons with us at sunrise. During the balloon shooting, I also used the round sphere that the couple brought for shooting from Hong Kong. It was a very fun toy. We made the last photos on the terrace of Vista Cave Hotel where the couple stayed. This terrace is an authentic environment covered with rugs, like the terraces of many hotels in Cappadocia. Also, when combined with the traditional Turkish copper breakfast table and decorations, it turns out to be a very interesting fund especially for Asian tourists.

I would like to thank dear Karen and Kelvin for their beautiful friendship, harmony and cooperation in modeling. Davide gave great support as usual. It was a photo shooting tour that I enjoyed a lot.

I wish you endless happiness. 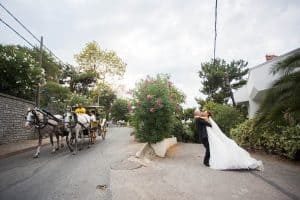 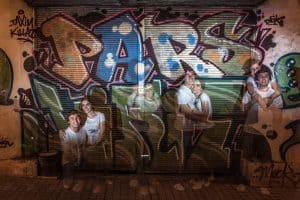 Turkey Save the Date Video Session 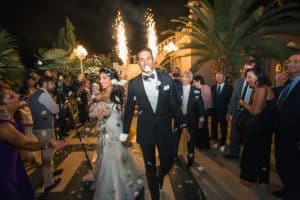