Dear Natasha Dexian is a couple from Singapore. They wanted to have their pre photo shoot in Prague, the capital of Czech Republic. This would be my first trip to Prague, both for sightseeing and pre wedding photo session. For this reason, I received information about the locations and shooting hours from my friends who lived there and we made a route with the couple’s suggestions.

Prague is the capital and largest city of Czechia with a population of 1.3 million. One of the most important feature of this place is that it survived the second world war. One of the rare cities that are not bombed. In this way, all its historical texture has been preserved and somehow has survived to till now on. With its Prague Castle, Charles Bridge, Old Town Square, Jewish Quarter, Petrin Hill and many historical buildings, the city was included in the UNESCO World Heritage List in 1992. Another feature is that it is the city of the extraordinary writer Kafka. It is a magnificent capital having history, art and culture from everywhere.

We were very lucky on the day of photo shoot because the rain in the morning left its place to a wonderful weather. Our first stop was Old Town Square. Tyn Church, which has risen in the square since the 14th century, is the symbol of this place. The square is the meeting point of people and the center of the city. We took photos here both at the beginning and in the afternoon light. The medieval looking phaetons also depart from this square to carry the tourists. Of course, we used the phaetons as funds frequently. Another symbol of the square is the Prague Astronomical Clock. In front of this clock mounted on the wall of the old town hall and dating from 1410, you can see thousands of tourists at the beginning of every hour. At this moment, the giant clock’s doors open and various middle-age figures appear in it. It’s really interesting to see this.

The Charles Bridge, decorated with giant sculptures, is crowded around the clock, so we can do nothing about the people around while taking photos here or we need to think from very different angles. On the roads leading from the square to the Charles Bridge, shops with colorful wooden shutters also offer great funds.

Our next stop is Kafka Museum. The funds of the novels of this extraordinary, fantastic and surrealistic writer who lived in Prague between 1882 and 1924 remain as they are. It is a surreal experience to see and touch the places where novel characters or Franz Kafka give life. We walk to the shore of the Vltava River, which passes through the city, right next to the Kafka museum. There is an area where swans, ducks and pigeons live together. One of the pigeons suddenly fly’s at Natasha’s head while we were continuing the shooting. I am so lucky that I could take a picture at that moment. This is one of my favorite photos of me. Natural moments are always precious.

Afterwards we visited the famous Lennon wall. This is a colorful wall created with John Lennon graffiti after 1980. Today, it has become the center of tourists taking selfies. Our next stop is Golden Lane street inside the Prague Castle. It is made up of rows of houses built for the fortress guards to live in the 16th century. In the 1950s, these houses were painted colorfully and became the way there are today. It is one of the ideal places for photography.

Our last point is Petrin Hill. After the photo shoot here, we start sipping our drinks together and start celebrating. By the way, I can not go without mentioning the variety and flavor of Czech beers. I recommend you go to one of the historical brewers and taste it.

We really had a pleasant Prague tour with dear Natasha and Dexian. I wish them endless happiness. I hope we can meet again as soon as possible. 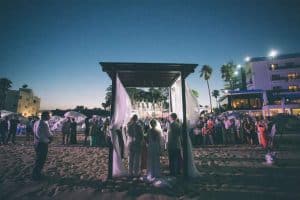 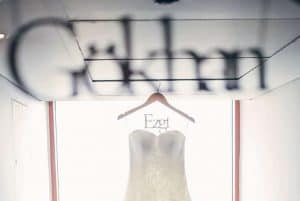 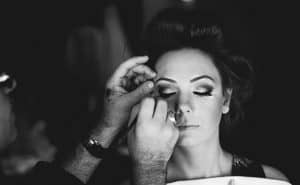