Pasit and Bow are a Thai couple living in England. Pasit is one of those who thinks that Cappadocia with its magnificent beauty and romantic atmosphere is an ideal location for a marriage proposal. Especially with the flight of hot air balloons in the air, the marriage proposal becomes even more fascinating. Is it certain that hot air balloons are in the air every day? There is only one answer to this: No, there is never a guarantee that there will be hot air balloon flights.

You can read the whole story at the bottom of the page… Cappadocia Proposal Photos With Balloons.

The Centre of Hot Air Balloons

Cappadocia has been the world’s busiest hot air balloon traffic. 250 balloons belonging to 25 companies in the region are serving approximately 500.000 passengers annually. Another feature of Cappadocia is the weather conditions that allow balloon air flights on average 260 days a year. To make a comparison, this number is 60 days in countries such as Germany, England, France and the Netherlands. In countries with the number of flights close to Turkey there are for example in Kenya, more than 170 flights and around 120 days in Australia. Being so many hot air balloon flights in Cappadocia means that the whole team performing this activity is also very experienced.

The most frequently asked question in the region, where thousands of flights are made every month, is logically, whether balloon flights are safe or not. All balloon companies and their flights are carried out under the control of the General Directorate of Civil Aviation (SHGM). Pilots followed serious training and received an international balloon pilot license. Ground crews are also trained. Periodic checks and inspections of the equipment are done seriously and regularly. Of course, as with any type of transportation, there is an accident risk, but this rate is very low. There are alternatives from two-person baskets to 30-person baskets of hot air balloons.

Every day, the weather in the area is checked until minutes before the flight. Just before sunrise, the weather has the ideal conditions for flight. For this reason, the duration of the flights, which takes about 90 minutes, is just before sunrise. If there is the slightest risk because of the weather, the flights are canceled. I have witnessed the cancellation of all flights many times while all operations and passengers were ready and the balloons were waiting for the half-blown flight. It is also important to control the wind speed above for balloons that rise up to about 900 meters. In addition to the wind, conditions such as precipitation and fog are also reasons for cancellation.

However, the fact that there are flights in 260 of 365 days is a very high rate. In the season the period from the end of March to the end of October, the conditions are more favorable, but sometimes it is also possible to cancel flights due to wind for a week in the middle of summer. I always say; If you think about photography, I think Cappadocia also gives a magnificent photo without the hot air balloon flights.

Pasit and I were very excited as we took my beloved Pasit and Bow from their hotel to the place where I planned to photo shoot. Bow didn’t know it was a marriage proposal photo shooting. It would be the so-called portrait session of the couple. Pasit wanted be in a quiet place for the marriage proposal. So I decided to go to a place that I discovered when I was traveling alone, which is generally not visited by any tourists. Obviously I had never been here at sunrise, but I guessed that because of its location, it saw the balloon flight area and would receive wonderful light. I was not wrong! Moreover, the balloons belonging to the Urgup region, which stood behind us, also passed away from a place close to us.

When we started photo shoot, I gave the sign to Pasit when the light was most suitable. He also gave Bow a photo book, which he prepared before coming, filled with the couple’s memories. Immediately, he collapsed on her knees: “Will you marry me?” When the balloons landed on the ground, there were 2 people laughing all the time. Our photo shooting at sunrise lasted about 2 hours. Then, we met again in the afternoon and took another half-day tour and ended our shooting in the wonderful garden of the Museum Hotel where they stayed for the last time.

I think we’ll meet once again with dear Pasit and Bow at my UK photo shooting which will take place soon. I hope I can attend their wedding in Thailand. I wish you endless happiness already. Sincerely. 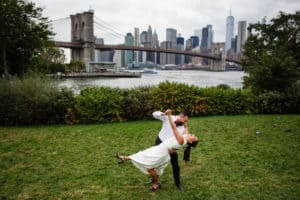 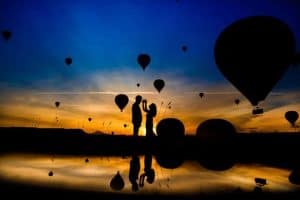 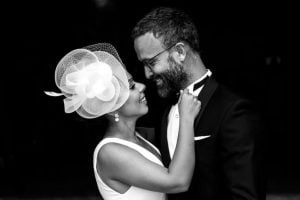